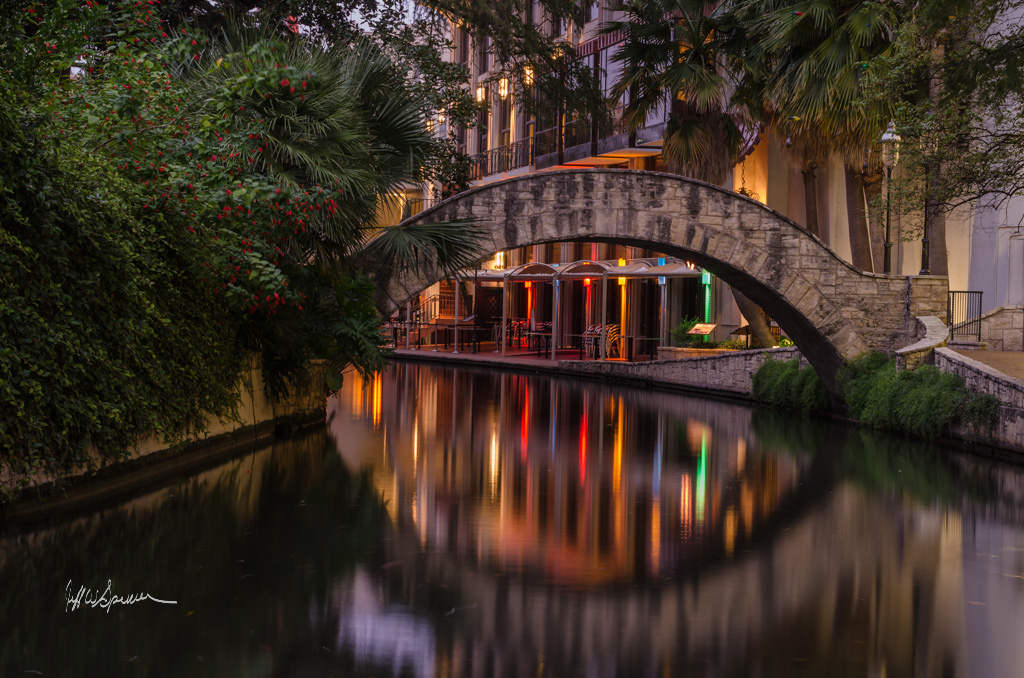 Yesterday I had a “feeling” about visiting the San Antonio River Walk.   Don’t ask me why.  I just did.  I’m psychic.  Well, some might call it psychic.   I might call it “in-tune” with a small inner-voice, a prompting if you will.  We’re all endowed with this gift from God.  Call it an intuition or a gut check if you must.   Whatever you want to call it – that’s what prompted me to get up at 4am this morning, take a quick shower and drive to San Antonio.    Further, I had a vision of fog on the river walk.   I wanted to be there to take a picture.  The San Antonio River Walk is a very low, narrow and winding man-designed and built “river” that is fed by water from the old San Antonio River.   If there was going to be fog, it would be v e r y hard to get a picture due to the shallow depth of field and limited view.   “But Jeff, my iPhone app says that there isn’t going to be any fog tomorrow.”     Oh ye of little faith.   In the end, things worked out.    In the fog.

Do you ever have promptings like that?   I’ve learned that we should listen to these silent promptings.   Some might think my attitude is comical.   Well, it is lighthearted for sure.  But, then again, I’m serious.   Where does music come from?  To say that, I mean where does creation come from?  What inspires the mind to fathom something and the hand to build it?   A muse?   An inner voice?   If you’re an artist (or theoretical physicist) of any sort, you’ve no doubt designed something or solved a problem in your imagination.   I would argue that since we are spirits incarnate, that our inner spirit is still connected to the original source.  How do I know this?   Or, why do I think this?   If you accept the premise of dark matter and quantum physics and the existence of at least ten (10) dimensions of reality, then it’s only a small hop over to the “we have an eternal soul” camp.   And welcome to the study of creation.

Now, I’m not a clergyman by any means. There are those who spend their entire lives in study of scripture and theology.  I’m just a guy with a camera and I love God.   My tool is His to use – at least that’s the way I see the world.

As I was walking around in San Antonio – I noticed something.   It was subtle, but something that I couldn’t overlook or fail to notice.

I started along my route alone, looking at the lights in the mist and the empty tables against the wall and the chairs stacked neatly.   I could hear my footsteps as I walked along in my San Antonio Shoes.   Being a former cancer patient, even though I love to hike and walk, I love a comfortable shoe because sometimes my “bad leg” hurts like a bear is chewing on it.   The solitude of my thumping feet was interrupted by a patrol boat of the San Antonio Police Department.   As he passed me I waved my appreciation for his presence and he nodded.   He continued to motor past me, and then started shining his mounted search light in the trees and shadows ahead of me.   I took that as a warning that I needed to be aware of my surroundings.

I continued along and walked a bit more, and as I rounded a corner I looked behind me because of a sense of presence.   There was another police officer, riding a bike, behind me.   “Oh crap, I’m sorry – I didn’t even hear you.”   She scared the bejeeses out of me as she smiled and nodded at me and rode her bike along the path in front of me.     And, lo and hehold, yet another police officer – this time on foot in the shadows.    Well, San Antonio has to keep visitors safe – else nobody would visit.   And I felt safe.

I continued along my walk – I would snap a picture here or there as I noticed things.   First it was me alone.  Then it was me and the San Antonio Police Department.   Then it was me, the SAPD and then the hotel staff.   They started quietly at first – cleaning their area in front of their hotels, straightening chairs and tables and putting fresh serving silverware out for breakfast patrons.     Then in addition to the hotel staff, delivery drivers started to show up with dollies of beer, soda, and other supplies.   Each of these stages of “awakening” lasted for about 15 minutes – each in isolation.   After the delivery people started arriving, restaurant staff started to prepare for the day.    Some were singing Spanish morning songs (nice to hear in the morning) and others were whistling.  It must be a talent contest – turning on the bar lights, arranging the tables, turning on the televisions.   The morning air was heavy with humidity, dense and warm.   The smell of bacon and eggs wafted through the air as I passed one place, the sign outside loud with the words “Breakfast Tacos.”   Next , joggers and walkers entered the walk.   Elderly couples walking along together enjoying the fresh scents and sounds of life, along with joggers running along the no longer peaceful walk.   Then, multitudes of foreign tourists came out of nowhere.   You know the kind.  The ones who see you with a tripod down on the ground and then purposefully position their family member in front of you and proceed to snap pictures, occasionally looking at you to rub your nose in it.  I was laughing.  It was kinda funny.  I guess that’s expected behavior in China.

The last group to come into the river walk are the families.   When a husband and wife come out of a hotel with their kids at 7:30 am, you know that the golden hour has passed and it’s time to go home.   “Mom?  Can I have something good to eat like bacon?”   Smart kid.  He smelled it too.

The entire cacophony of people was somewhat surreal.    It was dead and I was in it alone – walking.   By the end, I was just a guy with a camera carrying a tripod watching the entire progress of the city waking up with a smile on my face.

I have to say – it was rather special to behold and notice it.   I’m thankful that I was allowed to witness the creation of life in the City of San Antonio.

On your next visit to San Antonio, I highly suggest that you take the time to witness this spectacle yourself.   Get a coffee, perhaps a bagel or something (smelling the bacon and eggs will make you hungry).   Sit on the side of the river walk in San Antonio.   Just sit there.   Watch.   Listen.   After an hour, you’ll be in silent prayer and giving thanks to your heavenly father for being alive, thankful for those who go to work every day in a city such as San Antonio and give the river life.   You’ll be a witness to the creation of life, and you’ll too notice the subtle life of creation.

I leave you with my vision of the City of Life – the lights shining up into the sky as if praying to Heavenly Father.    San Antonio – you’re my hero. 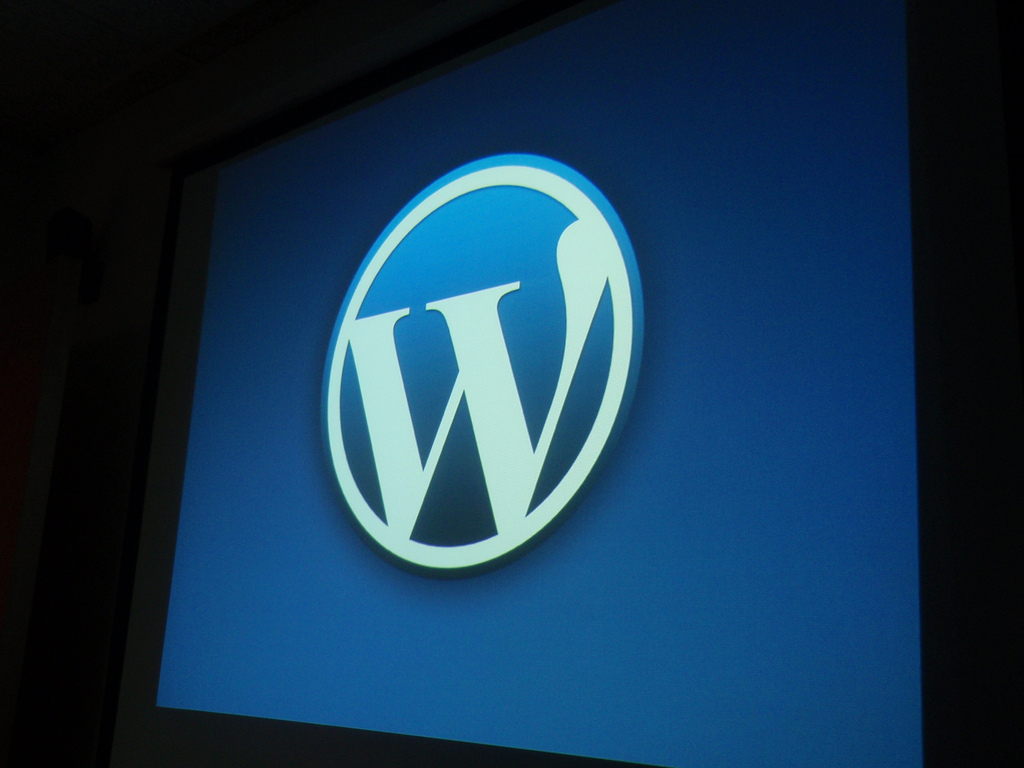 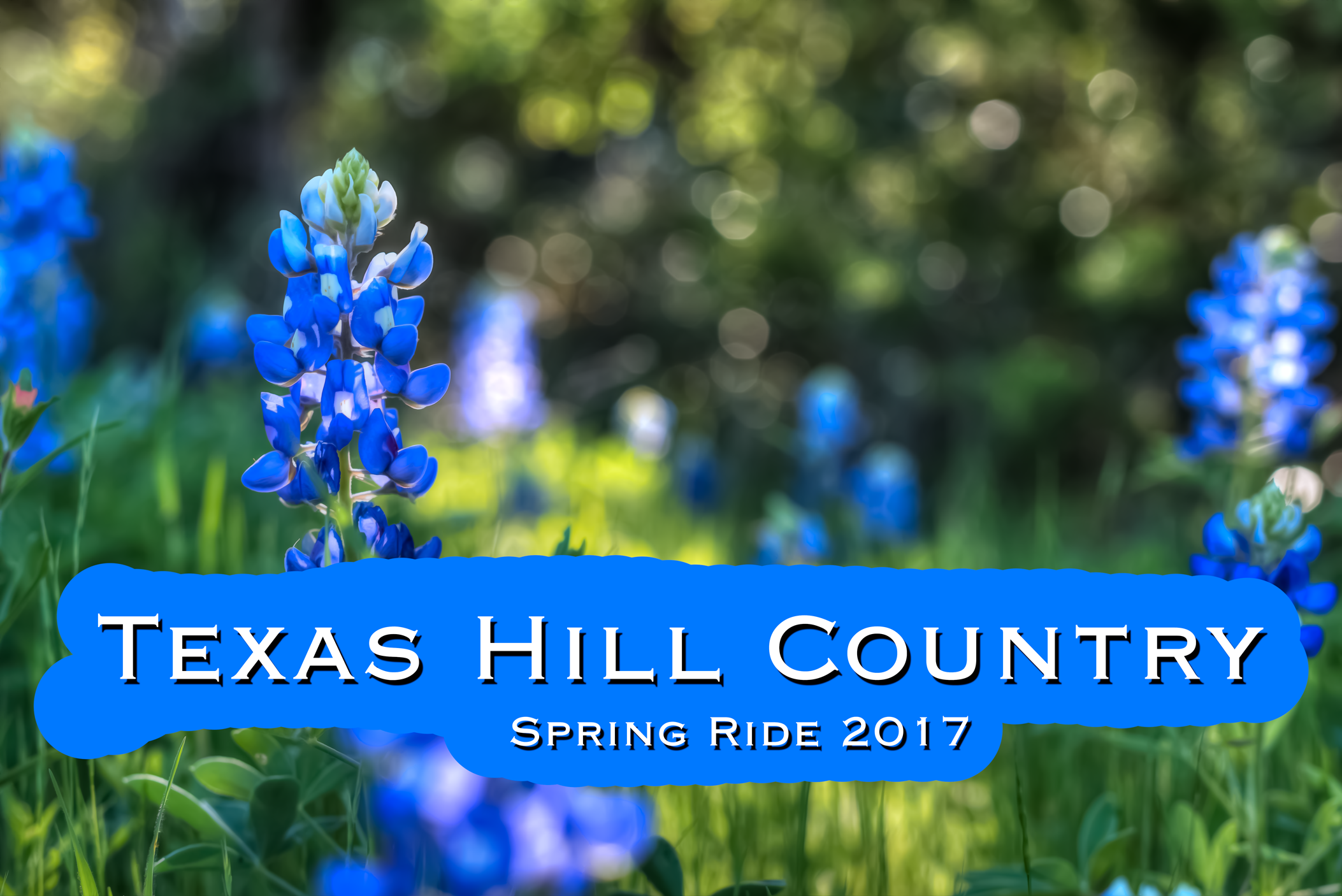 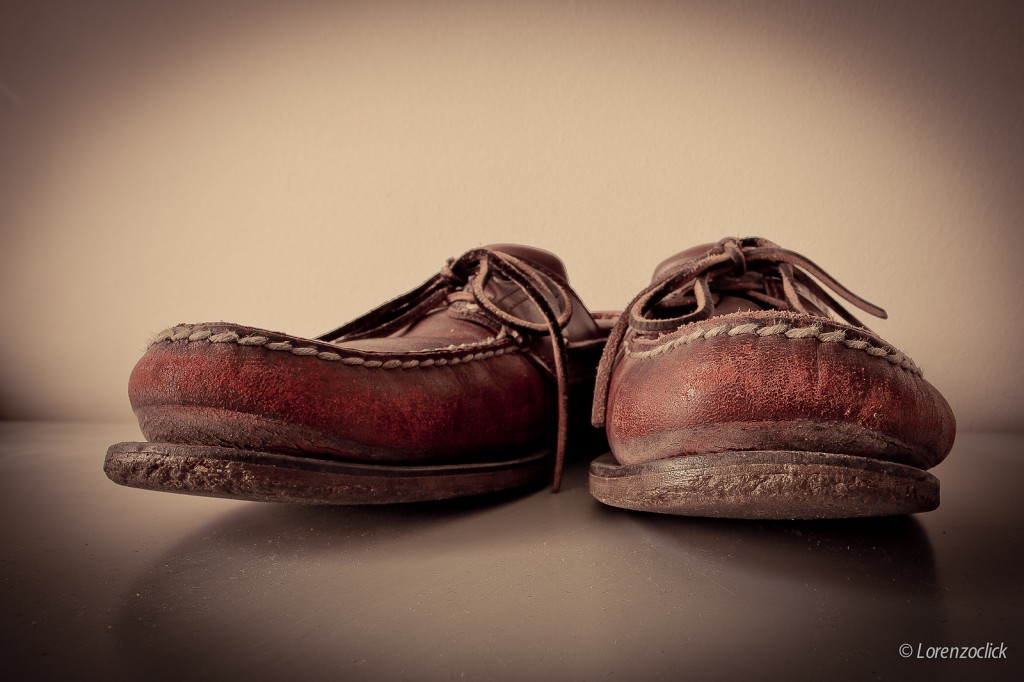 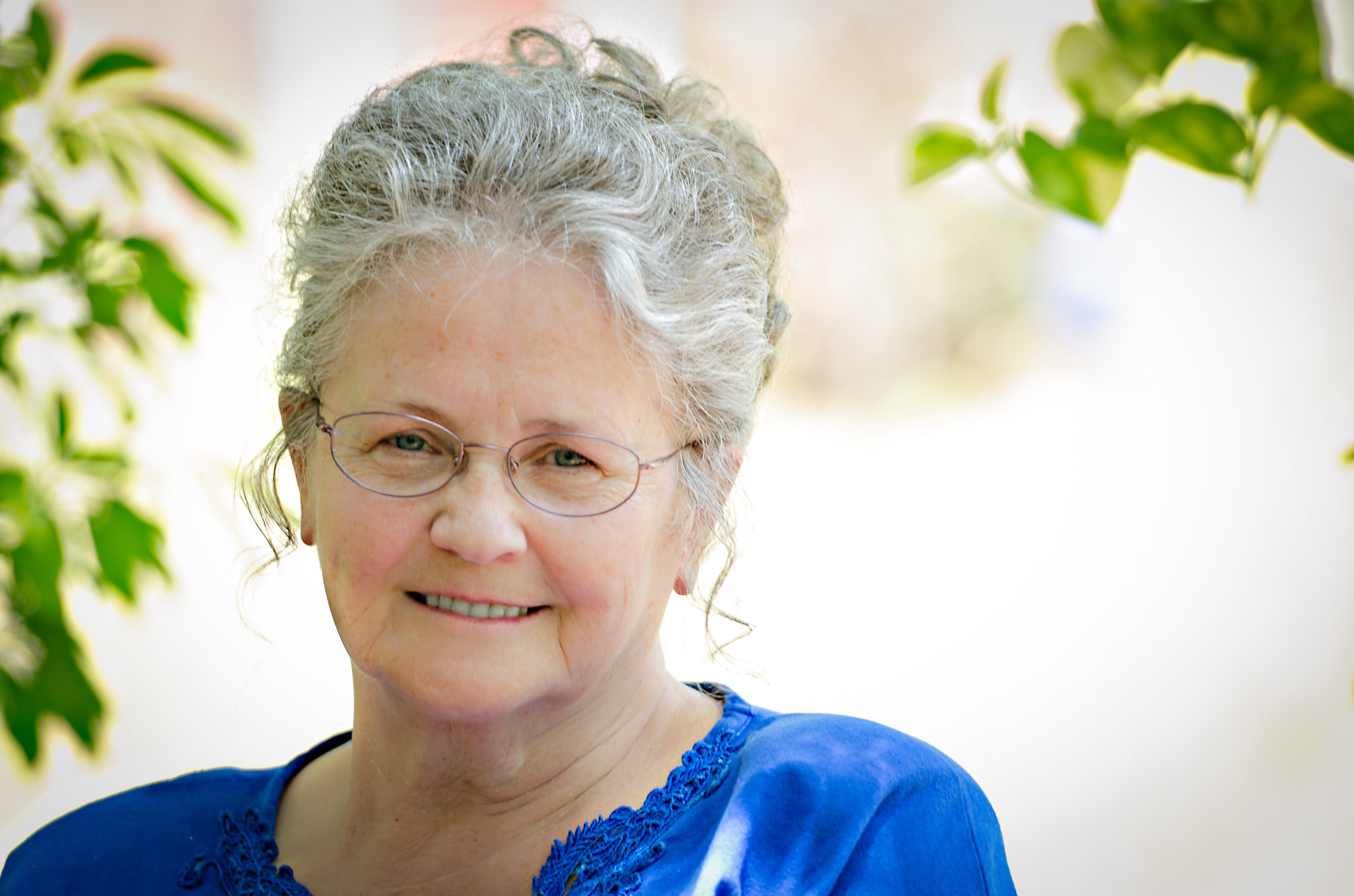